Nettles to Heal Allergies and Inflammation

Nettles (Urtica dioica) are a popular herb in traditional Western herbalism, and frequently used to boost immunity and for the abundance of bioavailable minerals stored in its dark leaves. It is important to be able to identify this plant in our yards and when out in the woods for many reasons. Brushing up against a nettle plant causes a burning itching pain since the plant’s stems and leaves are covered with small, hair-like thorns: some folks intentionally do this to manage joint pains!

In contemporary herbal practice, nettle leaves are often used in an infusion or tea to manage allergic responses, especially runny nose, congestion, as a spring tonic, and even to boost milk supply. Recent research has identified specific compounds that explain Nettles anti-allergenic functions and describe why this “natural Benedryl” actually works to treat seasonal allergies.

Surprisingly, the ancient use of nettles was mainly for helping arthritic joints. Instead of drinking it as a tea, or eating the cooked leaves, 1000 years ago the fresh herb was actually flailed against arms and legs to increase circulation in a method known as “urtication.” Roman soldiers used fresh nettles in this way to increase warmth in their extremities while on their conquests in colder climates.1

How Nettles Help: the Science

Throughout much of the 20th century, people have observed nettles effects on allergic rhinitis due to what appeared to be its anti-inflammatory effects. A double-blind, placebo controlled trial conducted in 1990 showed that 300 mg of freeze-dried nettle taken daily was reported by patients as being more effective for resolving allergy symptoms than their pharmaceutical medication.2 However, this was a small study and further research was necessary to come to the understanding we’ve recently developed.

The H1-receptor antagonism and negative agonist action prevents histamine from binding to its receptor, blocking a cascade that results in histamine release, and ultimately preventing allergic symptoms.

And No Adverse Effects!

Unlike many allergy medicines that either jazz you up or make you drowsy, the active constituents identified in nettles do not cross the blood brain barrier and act on our bodies’ peripheral receptors. This alone makes nettles a more attractive option than OTC medications like diphenhydramine (Benedryl), another H1-antagonist.  Diphenhydramine (Benedryl) does cross the blood brain barrier, and does have sedative effects. Components of nettles were also shown to effectively inhibit mast cell tryptase, an action which blocks degranulation of mast-cells, and stops pro-inflammatory mediators that cause allergy symptoms. Nettles have COX-1 and COX-2 inhibitory effects as well as HPGDS activity. These actions block upstream processes of proinflammatory pathways and the formation of prostaglandins involved in causing allergy symptoms.

Another study showed how specific bioactive components—adenine, synephrine, osthole, and nicotinamide—are crucial to the body’s anti-inflammatory and anti-allergenic processes. These compounds can be detected in serum and urine after consuming a nettle lozenge (200mg)4,  indicating their absorption and excretion. As these compounds are all related to improving inflammation disorders, their discovery in urine and serum after a low dose of nettle supports the use of nettle for relieving allergy symptoms associated with inflammation. The trick, of course, is to select the right dose and way of ingesting Nettles to get the results we want.

Our understanding of Nettles is a great example of when traditional wisdom and modern science align. 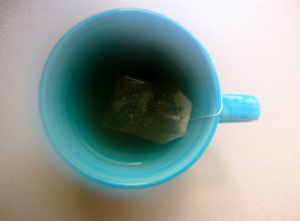 How to Make an Infusion of Nettles

One of the best ways to use Nettles is to make an infusion of the plant’s leaves and drink the infusion as a tea.

Place a half to one ounce (that’s a half to a whole cup) of dried herb into a quart mason jar. Fill it with boiling water, put a lid on it, and let it steep for 4-8 hours. It’s best to do this at the kitchen sink. Just pour the hot water into the bottle as it sits in the sink. No need to handle a hot jar!

If you like, you can add a pinch of mint or licorice root for flavor. Then strain out the plant material, compost it, and enjoy one or more cups of the liquid daily. Infusions are delicious warm or cold and can be sweetened with honey or any other natural sweetener. They keep for 2-3 days in the refrigerator.

After the right amount of time has elapsed, the jar is cool. Strain out the plant material, compost it, and enjoy one or more cups of the liquid daily. Infusions are delicious warm or cold and can be sweetened with honey or any other natural sweetener. They keep for 2-3 days in the refrigerator.